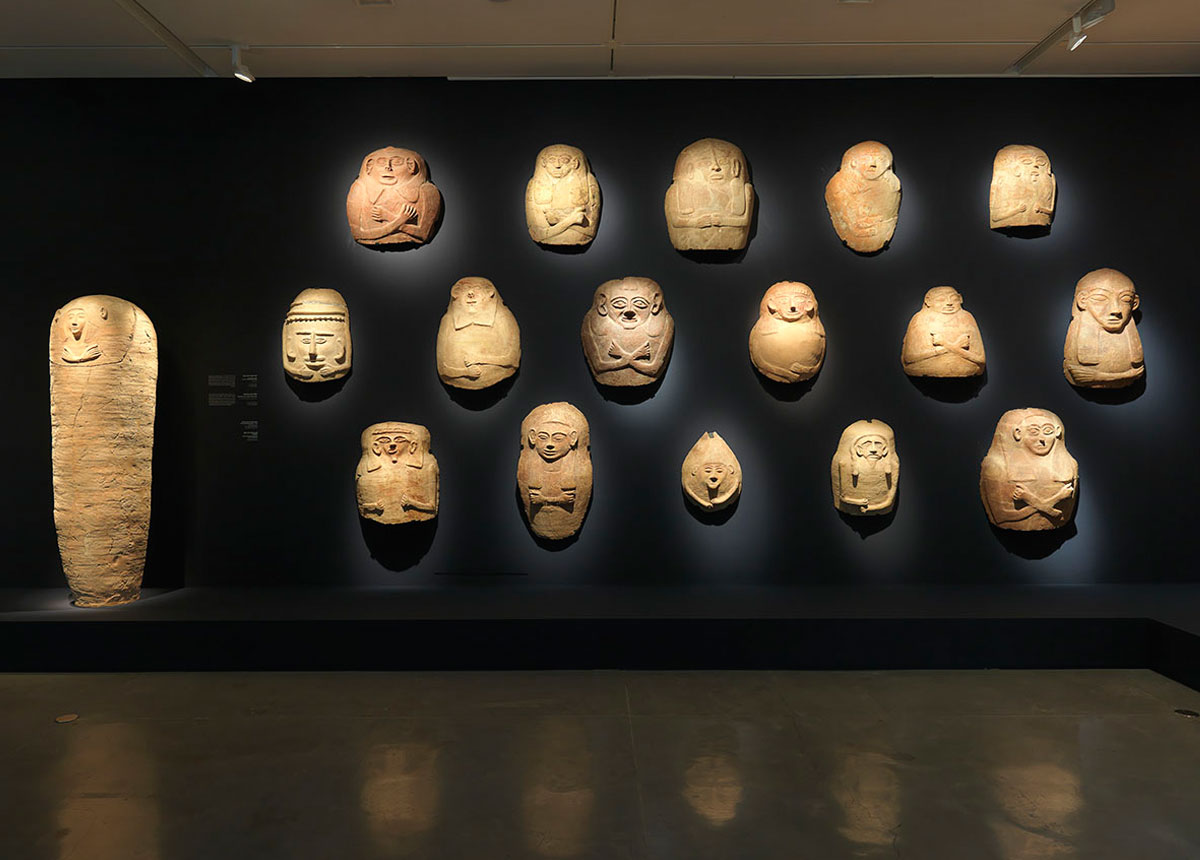 Archaeological evidence points to Egyptian inspiration behind some of the burial customs practiced in Canaan, such as the use of Egyptian-style anthropoid clay coffins. These coffins have been found mainly in association with Egyptian strongholds of the Ramesside Period, but they were probably used by both the Egyptians stationed at these sites and the Canaanites who lived alongside them. This is suggested by the mixed nature of the burial gifts found in conjunction with the coffins, and by the complete absence of mummified bodies and such essential Egyptian funerary paraphernalia as Canopic jars, heart scarabs, and inscriptions. Some coffins held the remains of two or more deceased, a practice that would have been unthinkable in Egypt.
From the Catalogue » 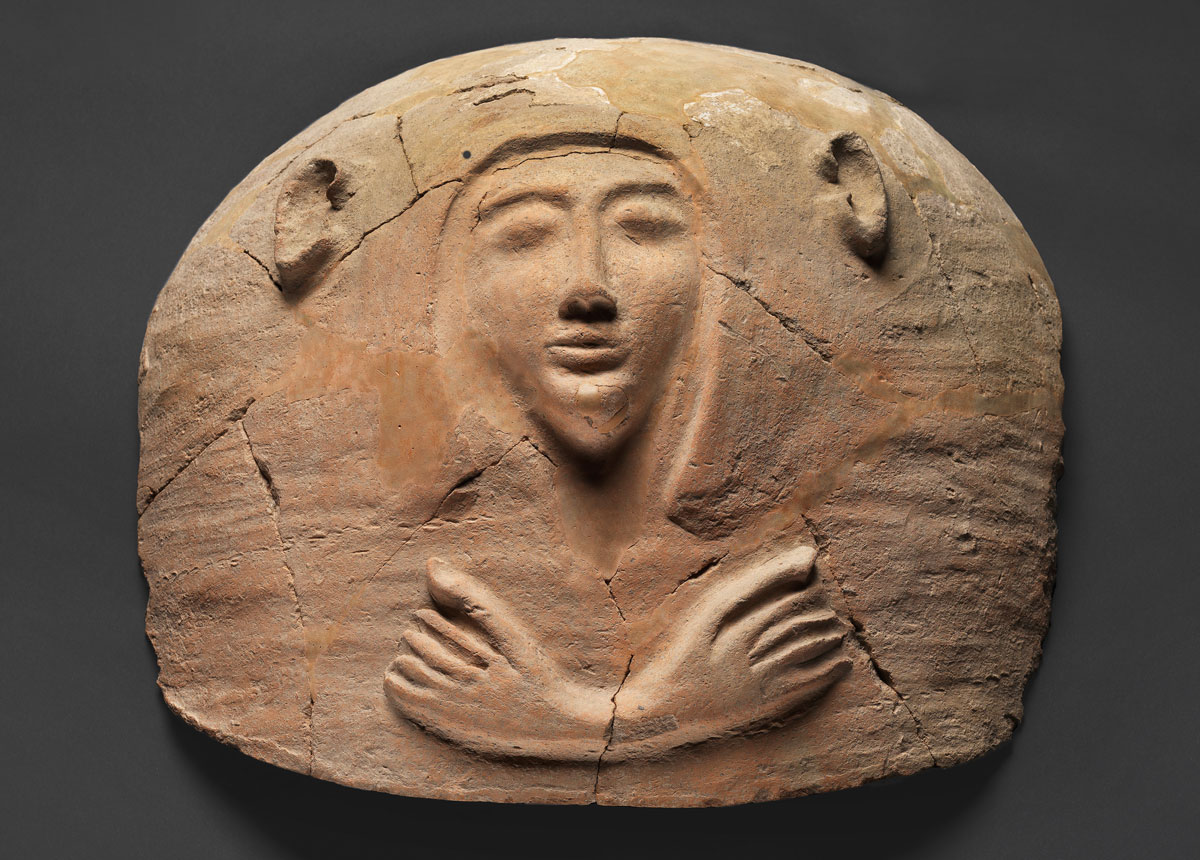 This recently excavated coffin held the remains of a man with a bronze dagger at his side and a scarab bearing the throne name of Seti I on his hand. Funerary gifts, including a bronze bowl, were found inside the coffin, on top of it, and around it. Since such coffins have been discovered mainly in Egyptian strongholds, there was probably an Egyptian base, as yet unidentified, in the vicinity of Tel Shadud. 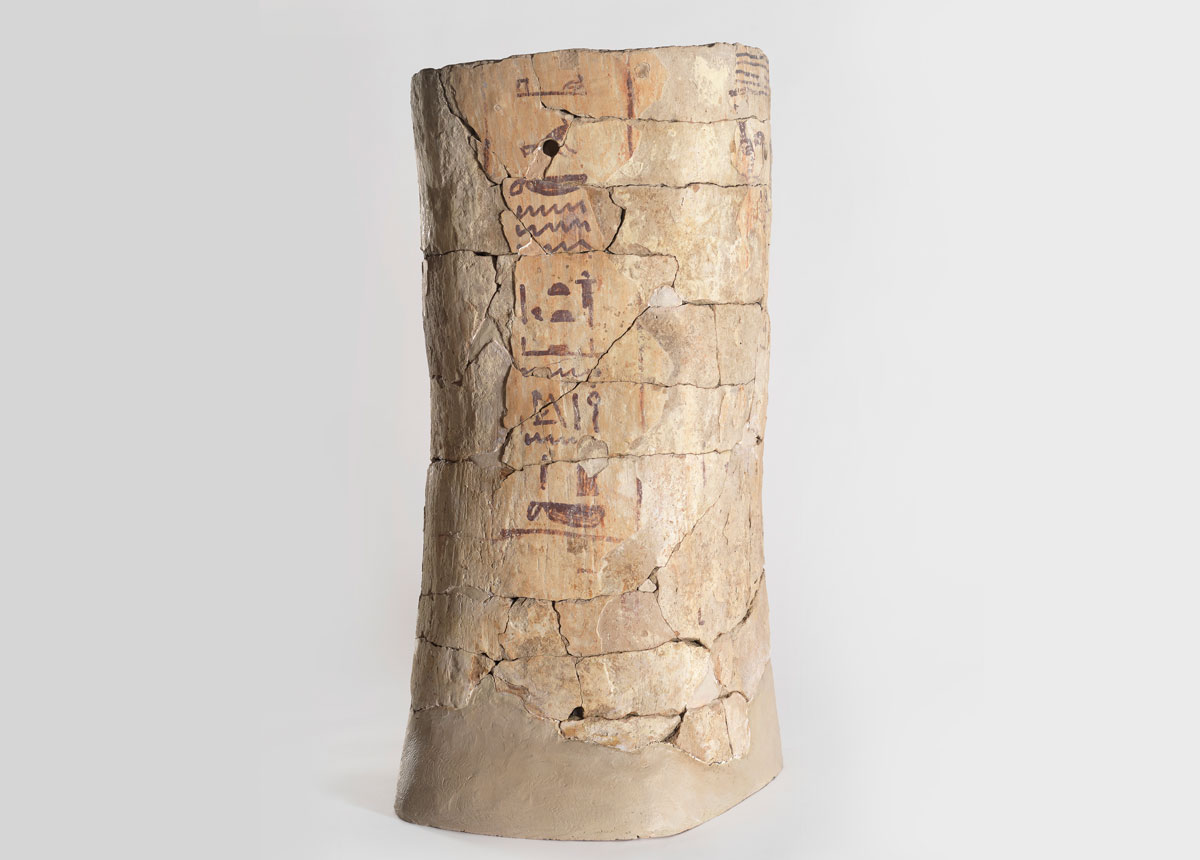 Part of an anthropoid coffin 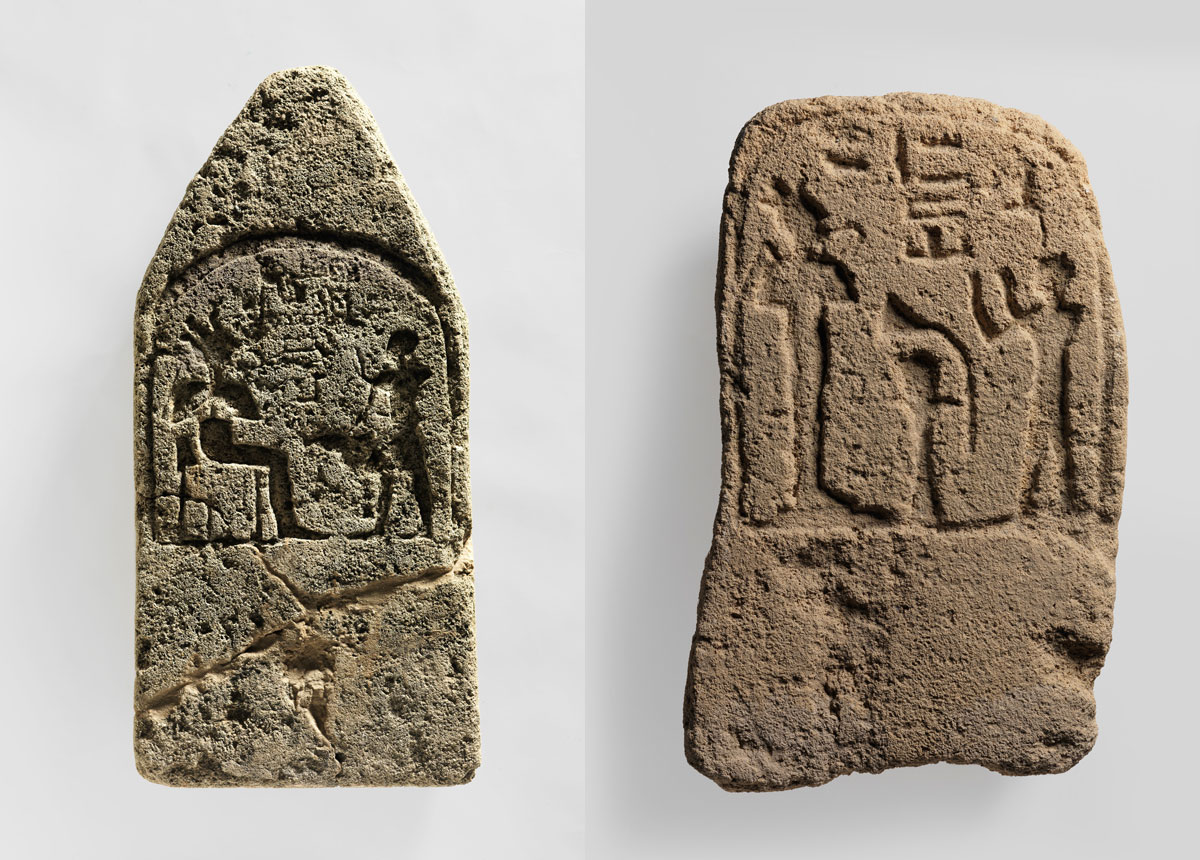 These stelae were reportedly discovered during illicit excavations at the cemetery of Deir el-Balah in Gaza, where a large number of anthropoid coffins came to light. The stelae were locally produced for Egyptian worshipers of the god Osiris, ruler of the realm of the dead, who is depicted standing or seated on his throne. The worshipers, identified as Amunemuia and Hapy, may have been stationed in the Egyptian base at the site.