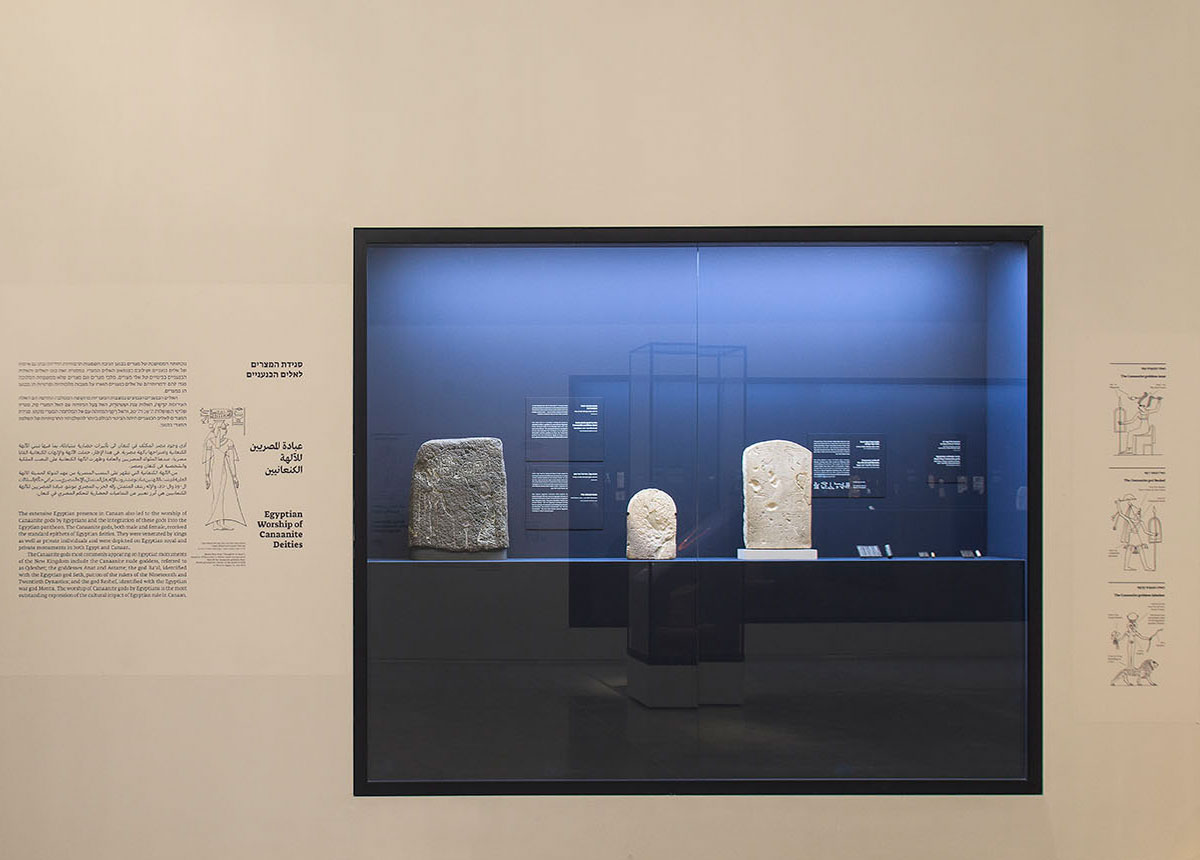 This stela depicts the Egyptian scribe Ramose and his wife Mutemuia kneeling, their hands raised toward three deities depicted in the upper field: the Canaanite nude goddess Qdeshet standing on a lion in the center, the Canaanite god Reshef on the right, and the Egyptian god Min-Amun-Re on the left. It belongs to a popular group of Egyptian private stelae that feature this divine triad and attests to the Egyptian adoption of Canaanite gods. 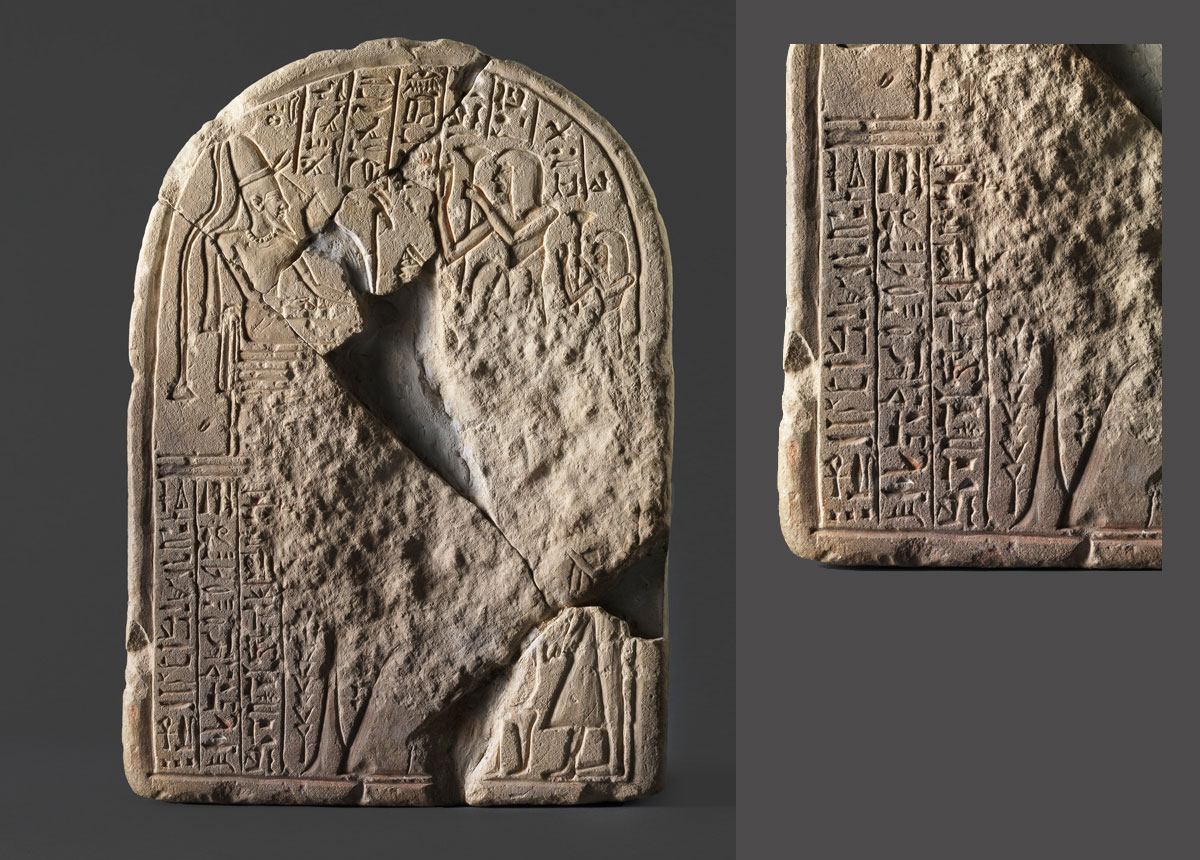 This typical Egyptian funerary stela depicts an enthroned god with the usual iconographic features of Levantine male gods as they were portrayed on Egyptian New Kingdom stelae. The god is identified "Mekal, God of Beth Shean." The two Egyptian worshipers facing him in a posture of adoration and holding lotus flowers are identified "The Architect Amenemope" and "His Son Paraemheb." The stela thus clearly evinces Egyptian worship of a local Canaanite god. 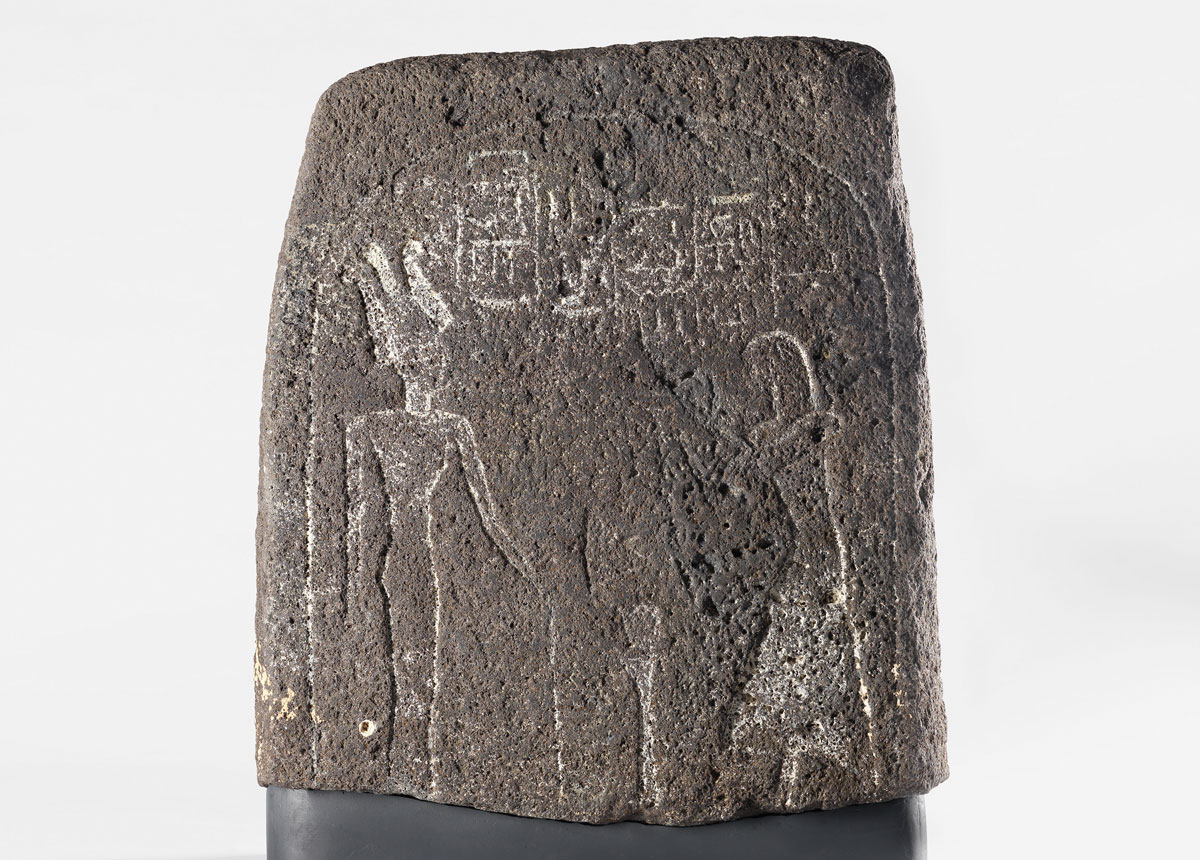 This stela shows a worshiper raising his hands in adoration before a goddess in conventional Egyptian attire. Between them is an offering table with a jar and a lotus flower. The standard funerary inscription on the stela identifies the worshiper as the Egyptian Hesinakht and the goddess as Anat, the Canaanite goddess who was venerated in Egypt by kings as well as by private individuals during the Ramesside Period.