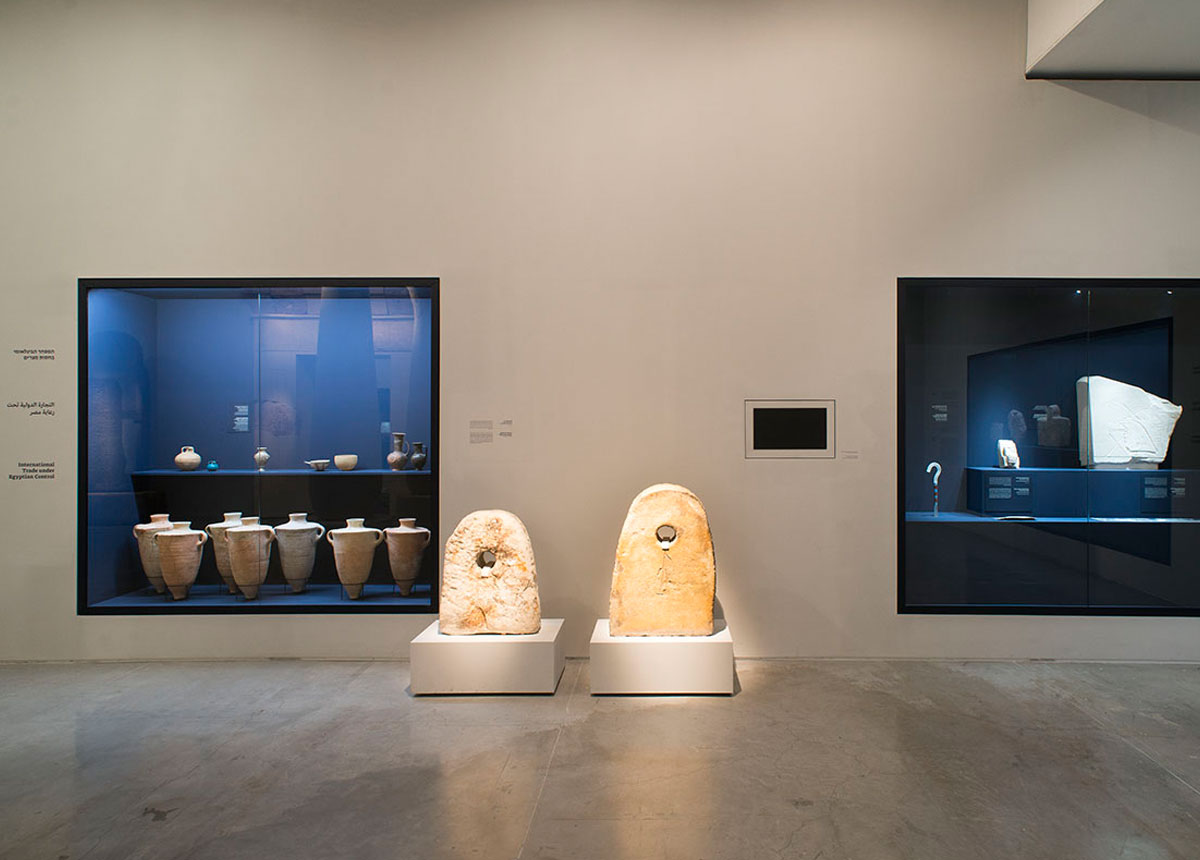 Excavations of the Egyptian strongholds in Canaan from the period of the Empire have revealed Egyptian-style residences resembling New Kingdom domestic architecture in Egypt. Such structures have been termed “Governor’s Residences,” as they are believed to have been the seats of the chief Egyptian officials stationed in Canaan. The identity of most of these officials is unknown, with the exception of Ramessesweser- khepesh, governor of Beth Shean during the reign of ... Read More » 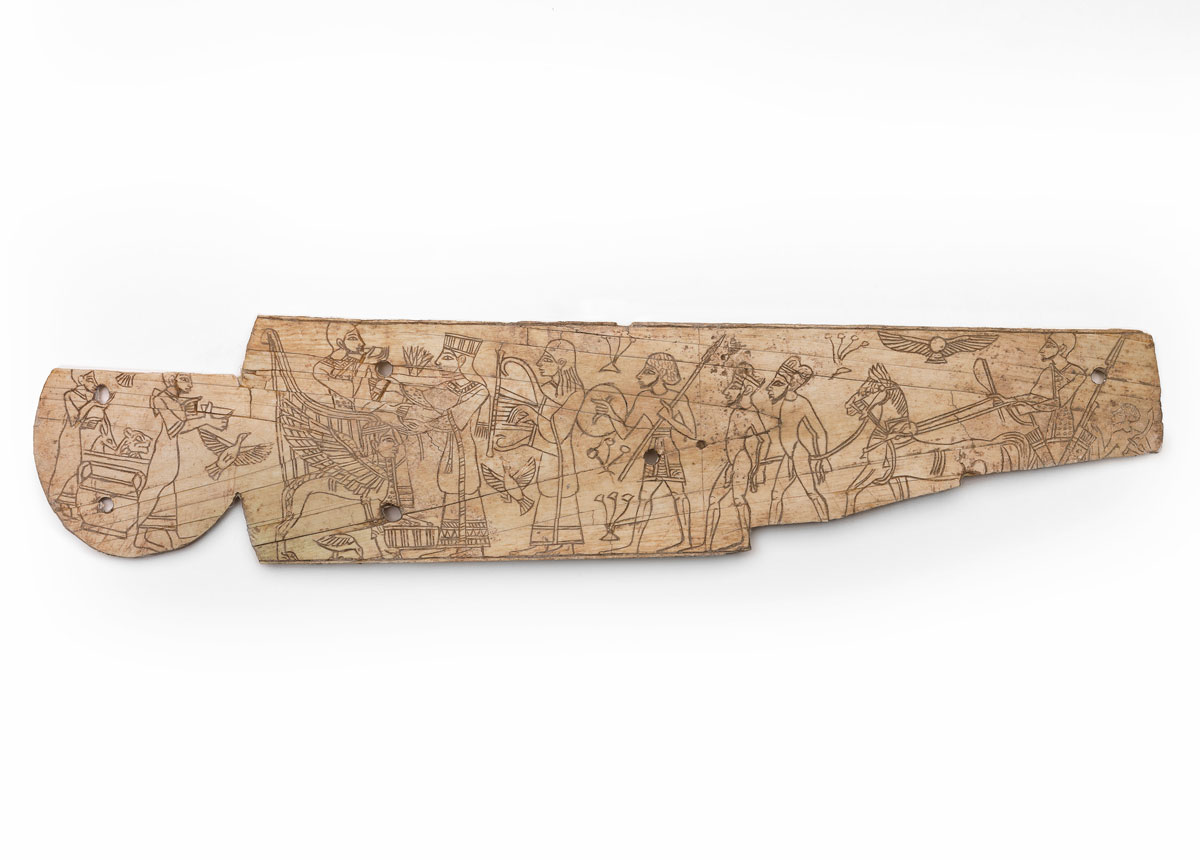 This wooden-furniture inlay relates a narrative in two scenes whose hero is a Canaanite ruler. On the right the ruler is depicted in his chariot after returning victoriously from battle. On the left he is shown enthroned at the victory banquet held in his honor, his wife standing opposite him. The plaque exhibits a local style, but such motifs as the lotus flower and winged sun disk attest to a desire to emulate the Egyptians.