The balsam plant was renowned throughout the ancient world. It was the source of the most expensive perfume, possessed miraculous curative properties, and required special skills to cultivate and process. Especially famous was the balsam grown in Ein Gedi and Jericho, areas controlled by Herod except for a brief period when he was forced to rent them from Cleopatra, who had received them from Antony. The jar displayed here is the only known vessel inscribed with the words for balsam. The juglet next to it still contains traces of a liquid that has not been identified, but which was clearly expensive, for the juglet was carefully wrapped and hidden in a cave. It may contain the last remains of the precious perfume. 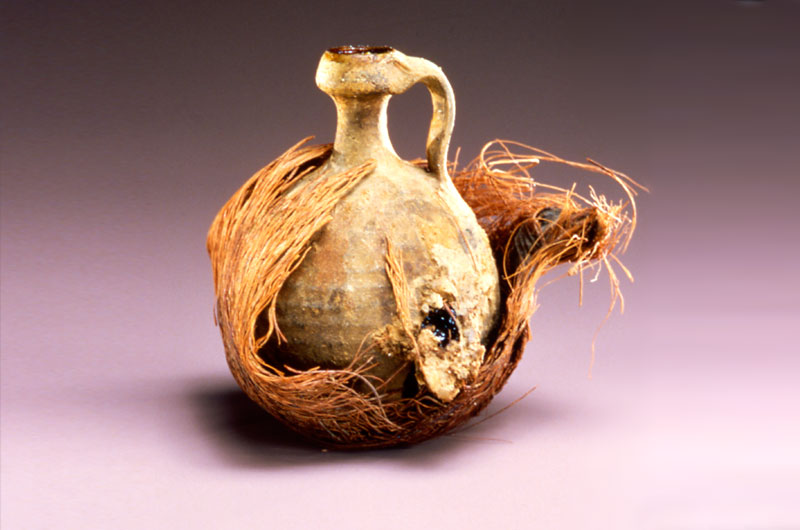