To the Romans, bathing was not just a matter of hygiene; it was also an important social activity. In Herod's time, Roman bathing culture also became popular in the Land of Israel. The king equipped all his palaces with bathhouses built according to state-of-the-art Roman technology and displaying the latest fashions in Roman interior design.

Herod's palace at Cypros had two lavish bathhouses. The hot room (caldarium) of one of them had an opus sectile floor, like the one reconstructed here. The bathtub shown here was installed in one of its niches. 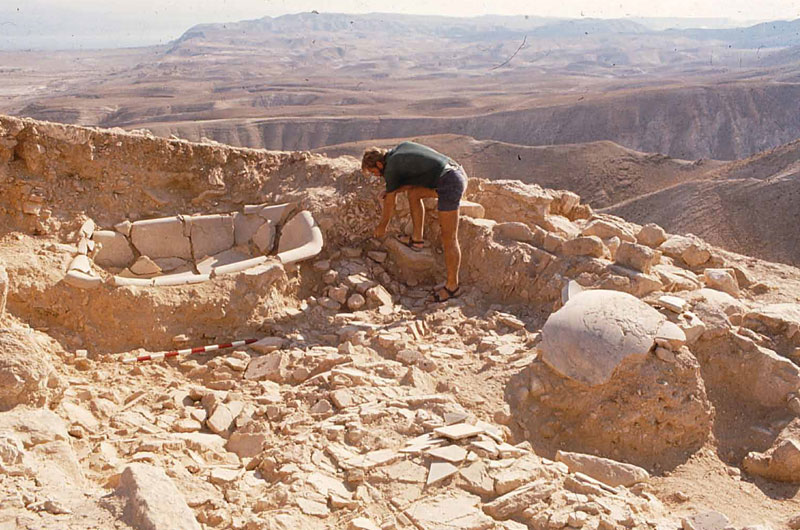 Remains of the hot room (caldarium) and bathtub in situ, from the mountaintop bathhouse in Herod's palace at Cypros
Courtesy of the Jericho and Cypros Expedition, the Hebrew University of Jerusalem/ by Zeev Radovan