Herod's palaces had plaster floors, mosaic floors, and floors featuring colorful stone plaques, mainly made of local stone, which were inlaid in complex patterns in the opus sectile technique.

Mosaic floors had been produced in the Land of Israel since Hellenistic times, but the prestigious opus sectile floors, which became popular in Rome during the reign of Augustus, were first introduced to this region by Herod, who used them in his later palaces (such as the Third Palace at Jericho) or to replace older floors (as, for example, at Masada). Requiring great precision, the opus sectile technique mainly appears in rooms meant to impress. Few such floors have survived intact, though at some Herodian sites impressions preserved in the floors' mud beds reveal the patterns in which the plaques were laid. 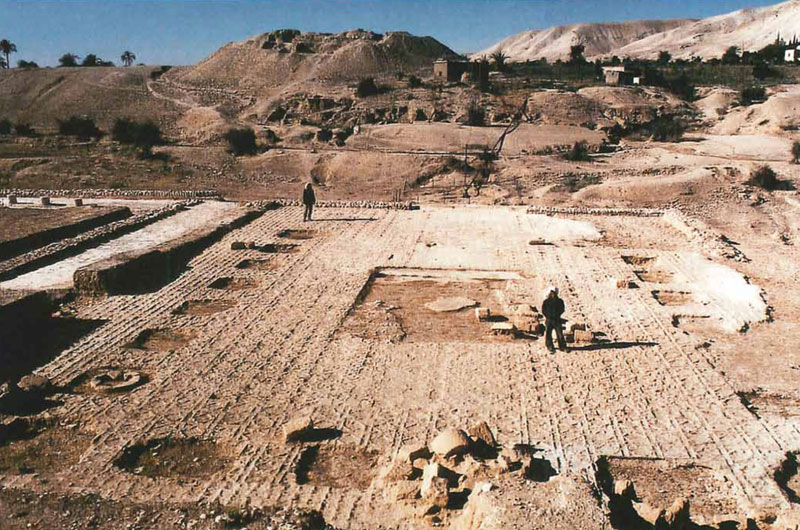 The dining room (triclinium) of Herod's Third Palace at Jericho with impressions of the stone inlays in the white-mud floor
Courtesy of the Jericho and Cypros Expedition, the Hebrew University of Jerusalem/ by Zeev Radovan

Update Required To play the media you will need to either update your browser to a recent version or update your Flash plugin.