Herod's mausoleum was in the shape of a tower rising to a height of 25 m. It consisted of a podium, a square story, a circular story, and a roof. Each story contained a single burial chamber. The mausoleum was built from hard white limestone, suitable for carving, which was quarried near the site. The circular upper story included a domed chamber surrounded by 18 columns of the Ionic order. Herod's sarcophagus probably stood in this room. The roof was concave conical in shape and decorated with six urns (imitating cinerary urns) around the base. At the top was a Corinthian capital, with an additional urn above it.

The mausoleum stood for no more than 70 years. in the course of the Jewish Revolt (66–70 CE ) it was wrecked and almost entirely dismantled, and the sarcophagi smashed to pieces. 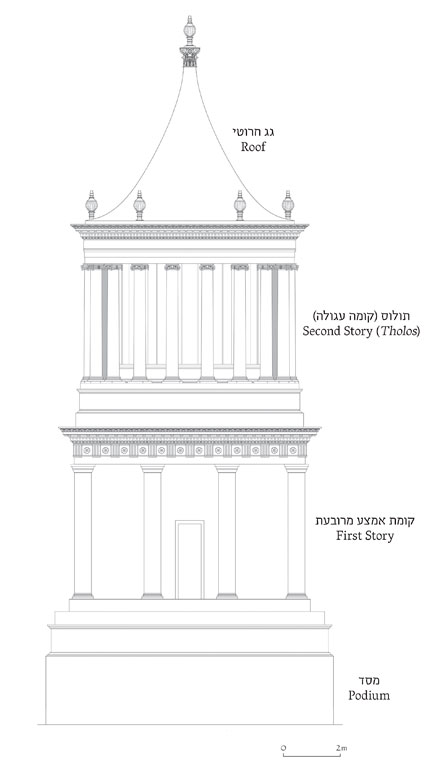 Courtesy of the Herodium Expedition, the Hebrew University of Jerusalem/ by Rachel Chachy