On the slope of Herodium Herod built a small theater, with a room for entertaining on top. In this room, the king and his guests could partake of wine and delicacies before performances and during intermissions. The room was decorated with stuccowork and wall paintings, the likes of which have never been found in this country. The decoration was presumably executed in anticipation of Marcus Agrippa's visit to Herodium in 15 BCE.

The theater was only used for a brief time, for Herod's decision to build his mausoleum on the slope involved destroying the theater and all the structures near it. These were covered with tens of thousands of tons of earth and rubble, creating Herodium's familiar mountain shape. Paradoxically, it was precisely this earthen fill that preserved the spectacular decorations of the Royal Room. 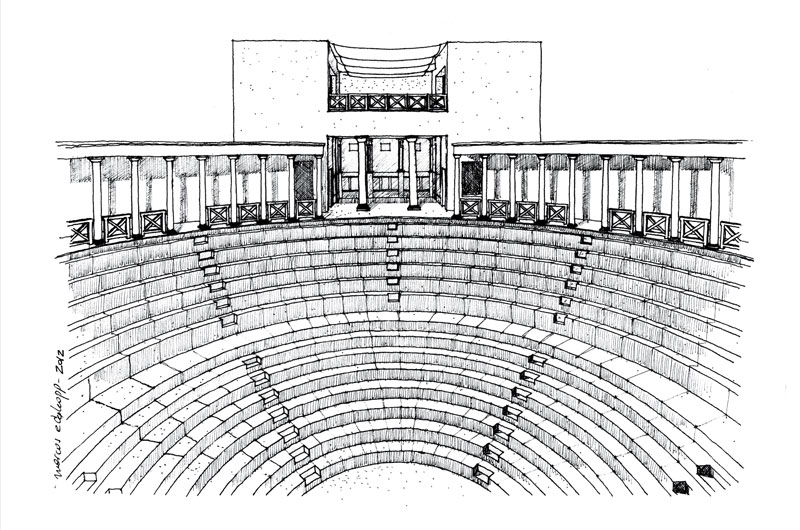 Proposed reconstruction of the theater and Royal Room
Courtesy of the Herodium Expedition, the Hebrew University of Jerusalem / by Marcos Edelcopp