Three stone sarcophagi were discovered in fragments near the mausoleum: two were light-colored and one reddish (on display in the reconstructed burial chamber). The light-colored fragments were large and found next to the monument, as though the sarcophagi had been thrown down from above. By contrast, the reddish fragments were small and numerous and found scattered throughout the complex. Is it possible that the Zealots who destroyed the mausoleum vented their anger upon this particular coffin?

It may be assumed that the heavy sarcophagi were installed in the mausoleum at the time it was built, and that the bodies of those interred in them, whose identities are uncertain, were placed inside at a later date.

The three sarcophagi are close in style to the group of hard limestone ossuaries and sarcophagi that have been discovered in tombs from the Late Second Temple Period in Jerusalem. 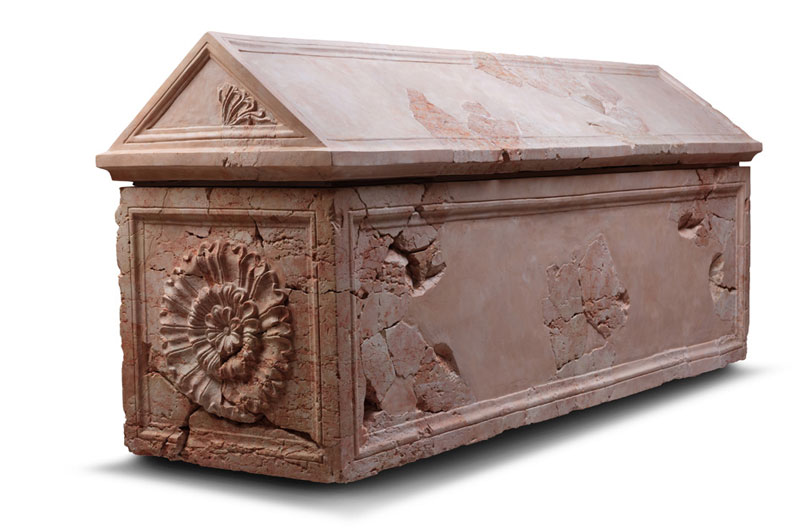