The Winter Palace Complex at Jericho

Herod's magnificent Winter Palace Complex at Jericho, straddling both banks of Wadi Qelt, comprised three palaces. The First Palace was constructed sometime before 30 BCE on the southern bank of the wadi. In 30 BCE , having regained control of the Jericho Plain, Herod redesigned the area north of the wadi, constructing new structures above the earlier Hasmonean ones to form the Second Palace. After 15 BCE Herod developed the area further by building the large complex of the Third Palace next to the First and Second Palaces.

The Third Palace consisted of an extensive wing along the northern bank of the wadi and, on the southern bank, a large pool, a circular reception hall on top of an artificial tell, and a spacious sunken garden. 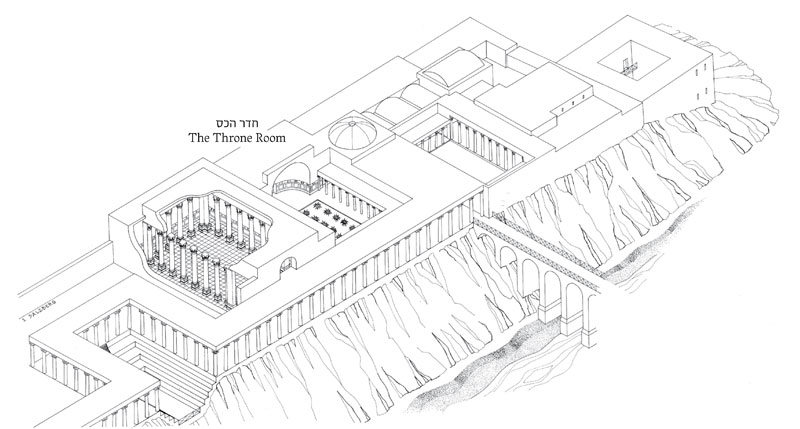 Proposed reconstruction of the northern wing in Herod's Third Palace at Jericho
Courtesy of the Jericho and Cypros Expedition, the Hebrew University of Jerusalem/ by Jorge Salzberg