BOOK OF ISAIAH, CHAPTER AND VERSE: 1:1
The prophecies of Isaiah son of amoz, who prophesied concerning Judah and Jerusalem in the reigns of Uzziah, Jotham, ahaz, and Hezekiah, kings of Judah.

EPITAPH OF KING UZZIAH OF JUDAH 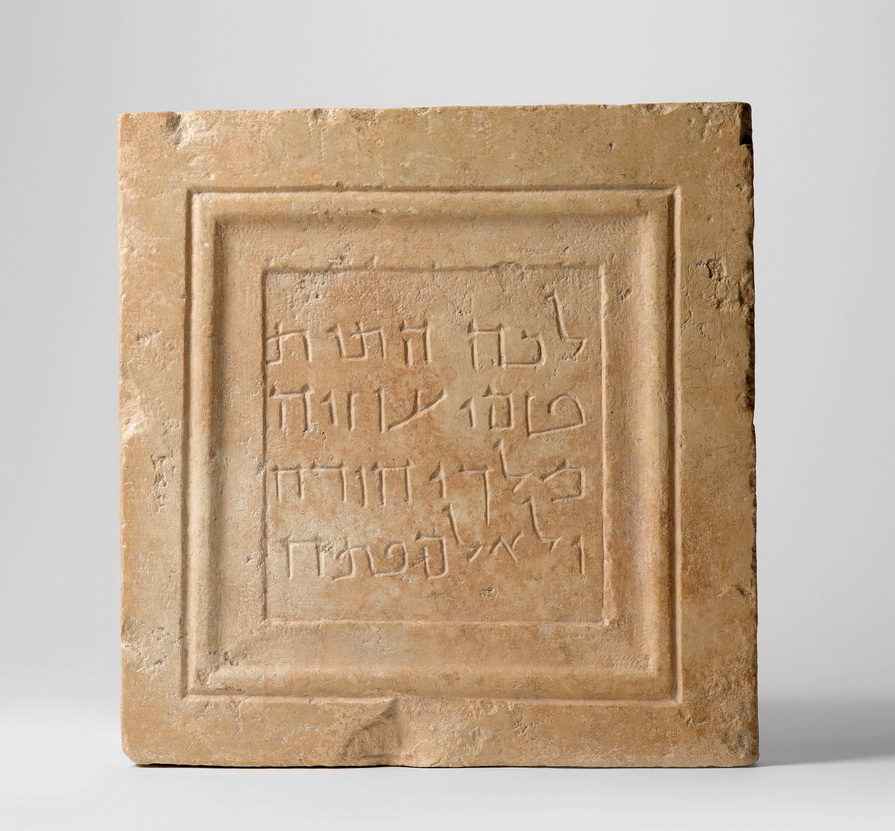 Jerusalem; 1st century BCE – 1st century CE; limestone; King Uzziah, who ruled in the 8th century BCE, was famous for his building projects. When he died, he could not be buried in the royal tombs, because he was a leper. Some 700 years after his death, in the Second Temple period, Jerusalem expanded, and Uzziah’s tomb had to be moved outside the new city limits. This Aramaic epitaph was then erected to mark the king’s new burial place. ; IMJ 68.56.38; Photo © The Israel Museum, Jerusalem / by Meidad Suchowolski

See this item in the Israel Museum Collection »

See this verse in the Great Isaiah Scroll »