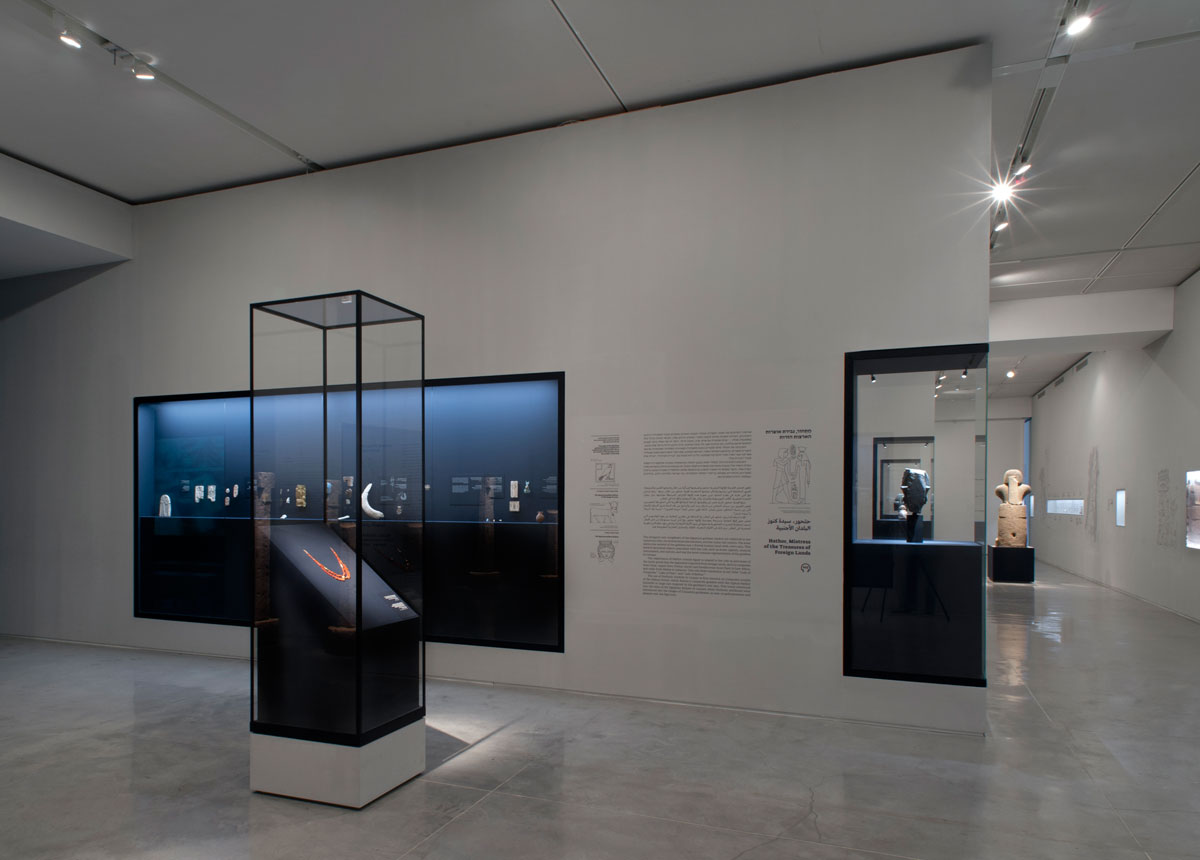 Hathor, Mistress of the Treasures of Foreign Lands

The antiquity and complexity of the Egyptian goddess Hathor are reflected in her numerous roles, the diverse forms she assumed, and her many cult centers. The most distinctive symbol of the goddess was a frontal human head with cow’s ears. This symbol decorated objects associated with her cult, such as stone capitals, musical instruments, and mirrors, and was the most common representation of the goddess in Canaan. The importance of Hathor outside Egypt is related to her ... Read More »
From the Catalogue » 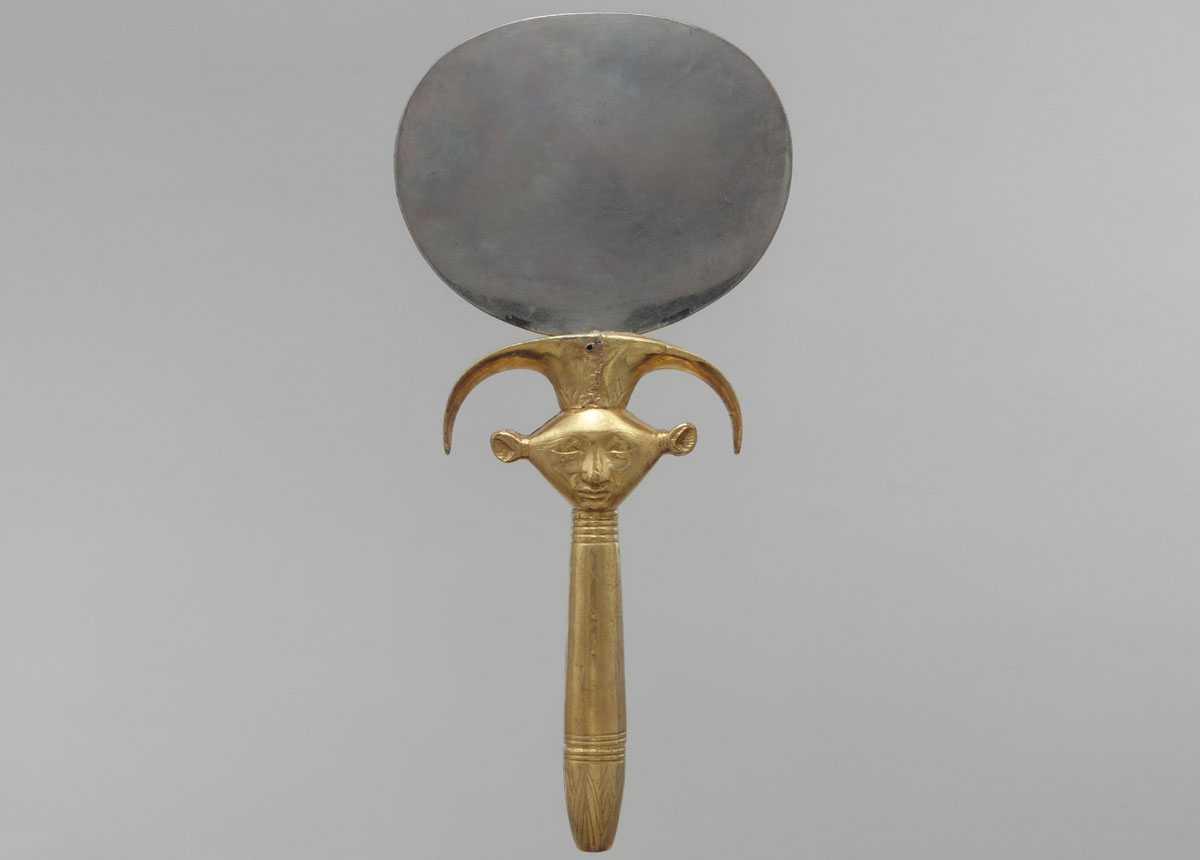 Mirror with a Hathor-face handle

The mirror was an object of symbolic significance in Egypt, and it was closely associated with the cult of Hathor, goddess of love and beauty. This elaborate mirror was part of a treasure from the tomb of three foreign wives of Thutmose III. Their West Semitic names suggest that they were of Canaanite origin. They may have been daughters of a Canaanite ruler joined to Thutmose III as secondary wives in a political marriage. 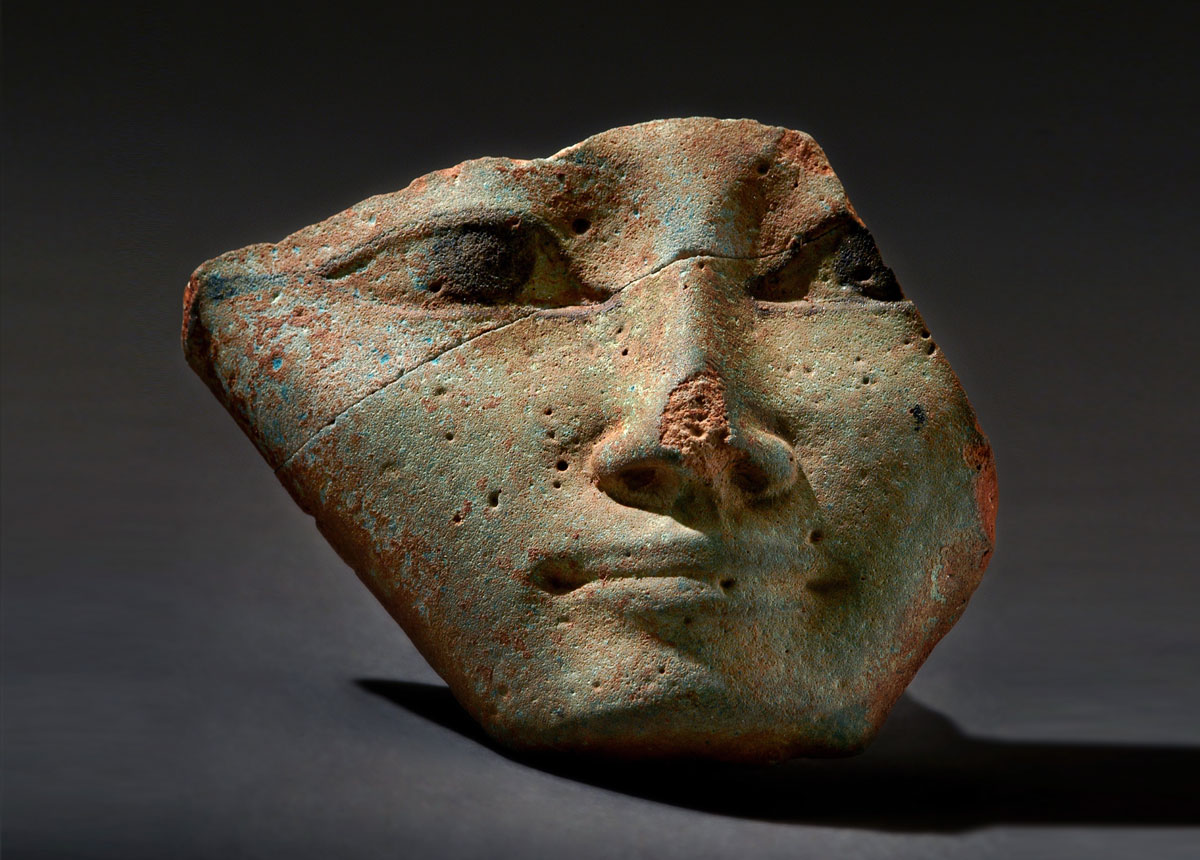 The mask depicts the goddess Hathor as she most commonly appeared in Canaan – with a woman's face and cow's ears (the ears have not survived). It was discovered, along with other votive objects, in her temple at the copper mines of Timna. The mask may have decorated a sistrum (ceremonial rattle), an object closely associated with the goddess's cult. 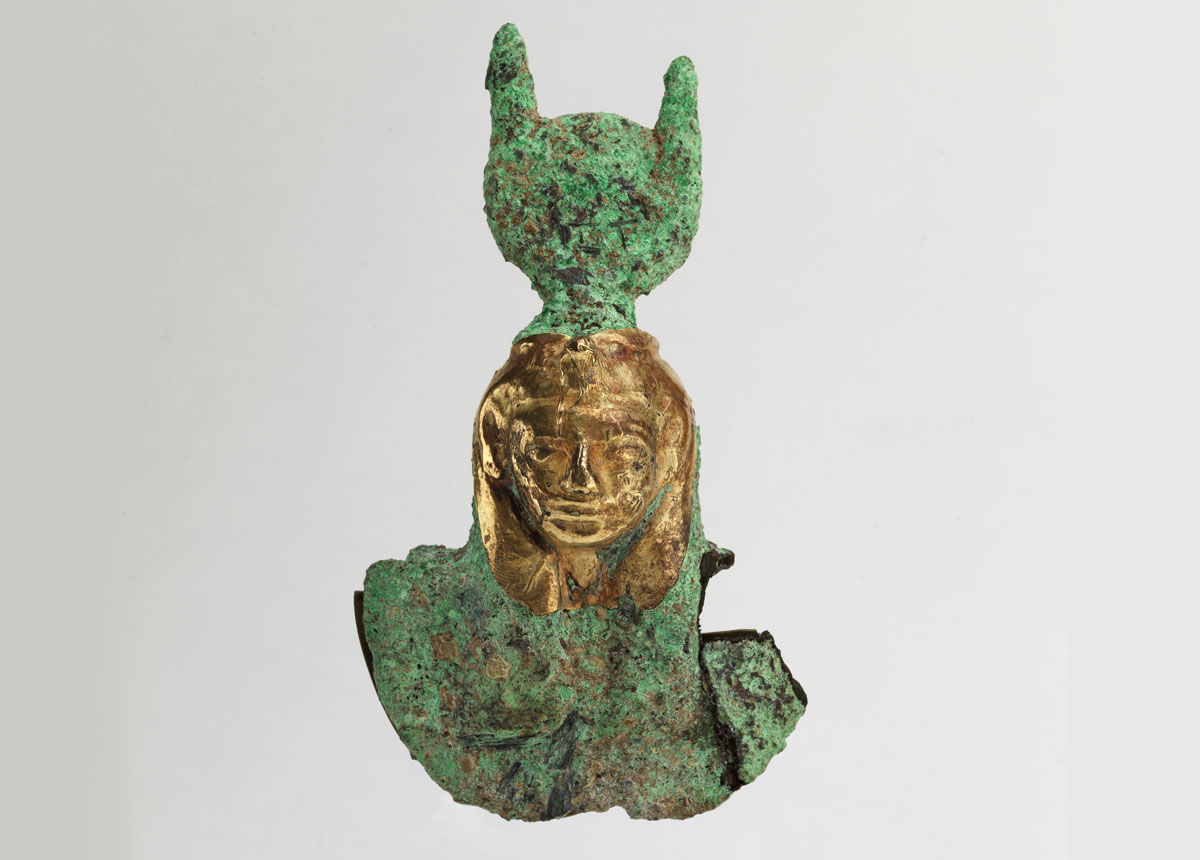 Figurine of the goddess Hathor 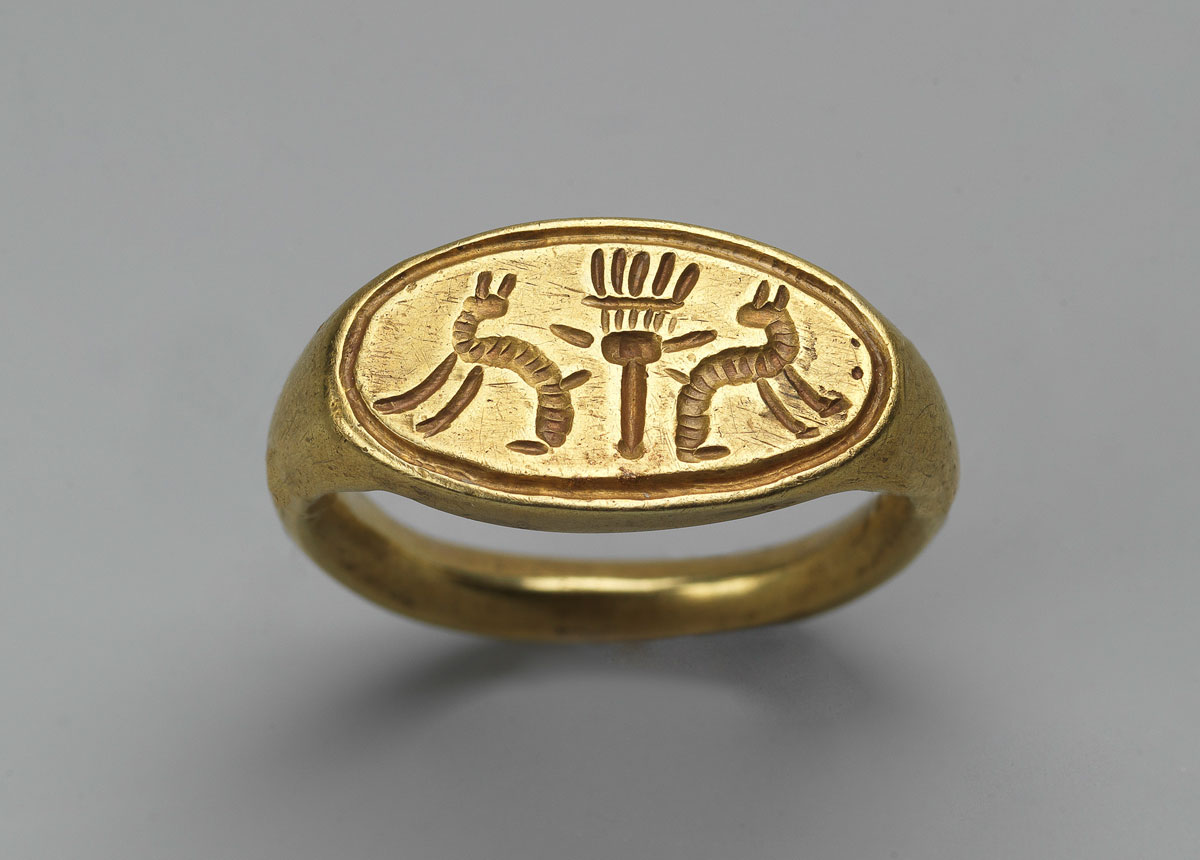 Ring decorated with a Hathor sistrum 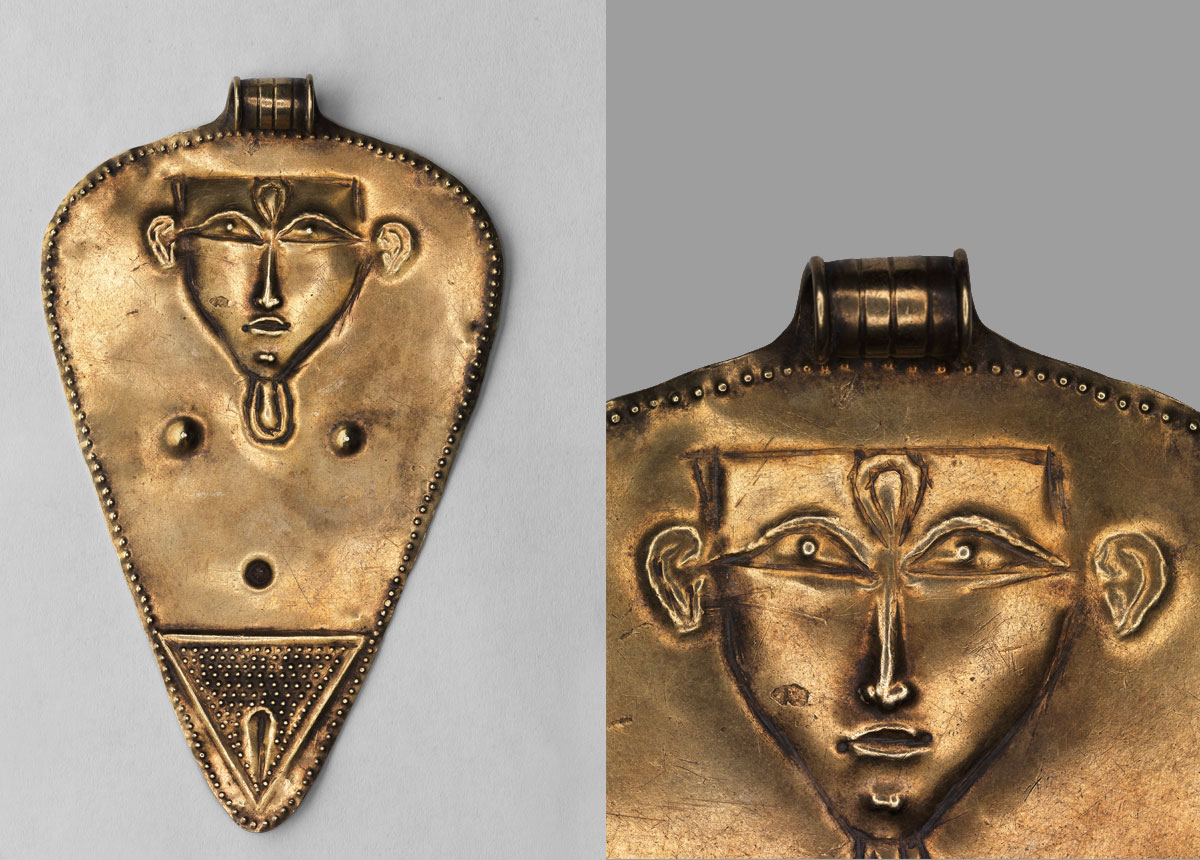 Canaanite amulet of a schematic nude goddess in Egyptian style 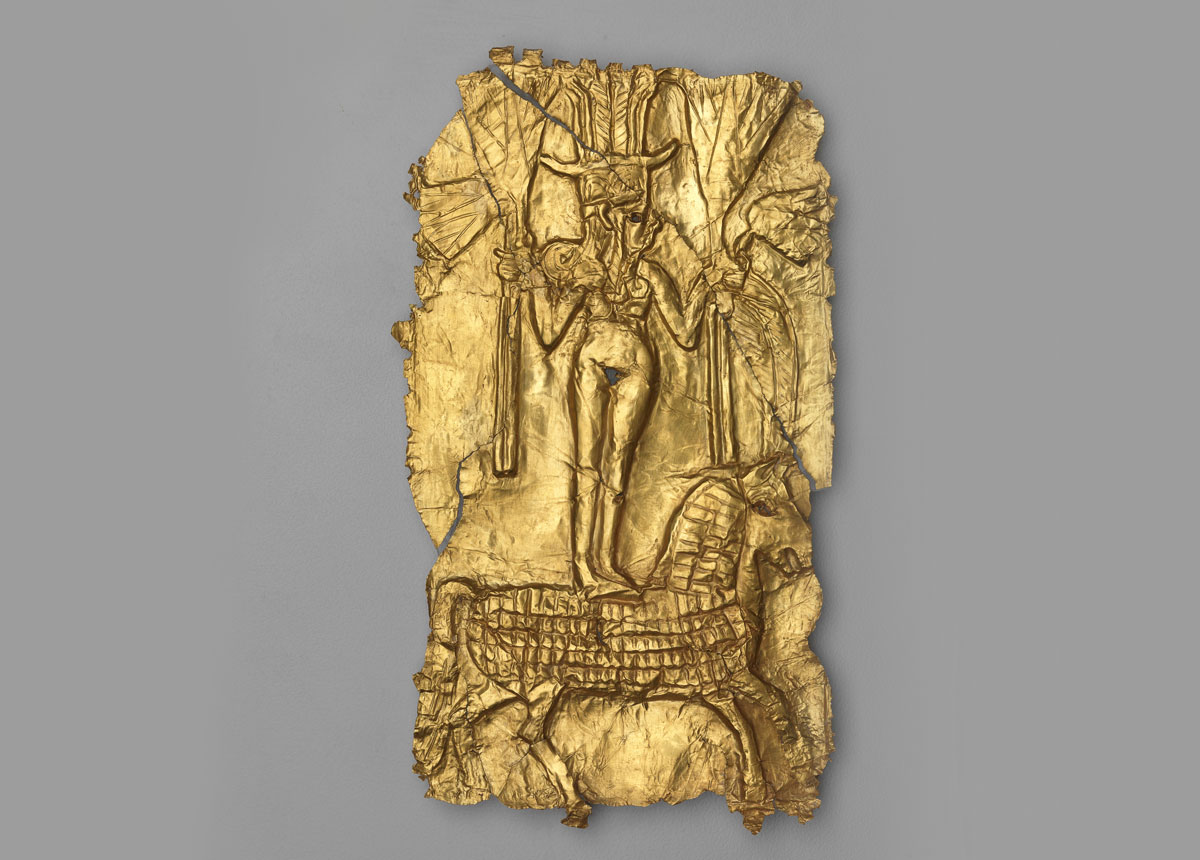 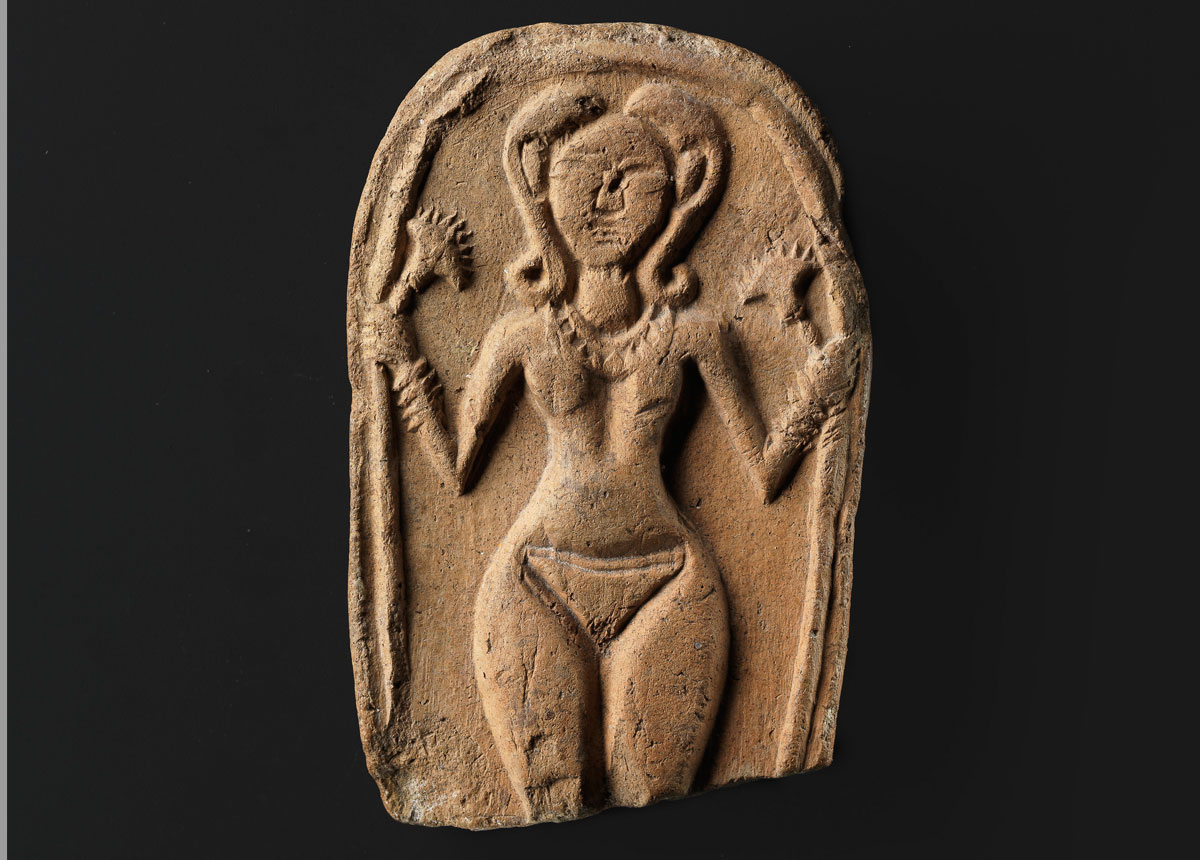 Plaque figurine of a nude goddess